Awhile back I was called into a school to consult with a student on the autism spectrum named Brett. He was 10 years old and was in an autism classroom with opportunities for inclusion. Like many individuals with autism Brett had a hard time communicating verbally.

Brett never really had any behavior problems until the start of 5th grade. On seemingly random days, Brett would come into school in a really bad mood. He would refuse to do any work and would start to yell when he was prompted to complete his tasks. On other days he was perfectly happy and completed all assignments. Even with a lot of support Brett was unable to communicate why he was struggling.

So I spoke with his teachers and we came up with a plan to figure out the underlying cause of the behaviors. We can think about behavior as a tree – everything above ground level can be thought of as the behaviors. In Brett's case, it was work refusal and outbursts of yelling. But underneath the ground are the roots of the tree- and these are the causes of behavior. We needed to figure out the root of Brett's problems. 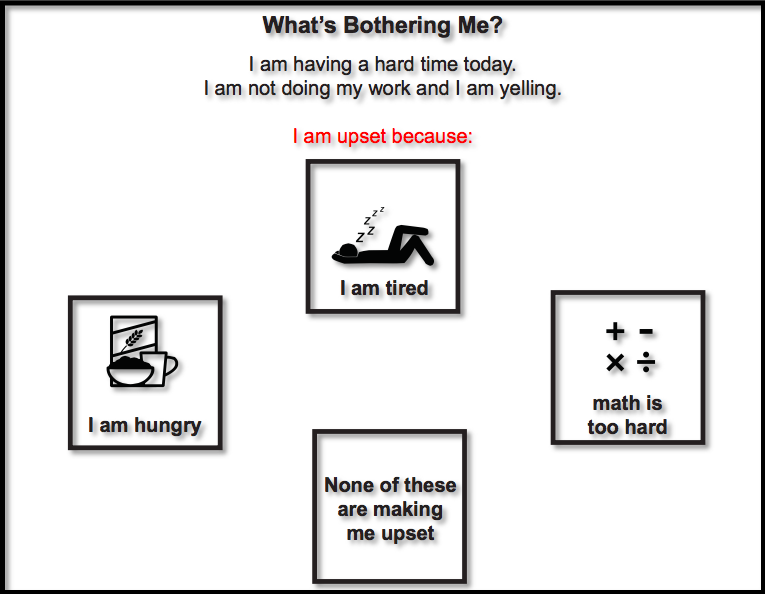 We developed a strategy to use visuals to help Brett communicate. Oftentimes, individuals with autism respond well to visual strategies. So, we used the form above every morning when Brett came in and was having a hard time. We gave him several choices – our best guesses of what could be the root of his behavior. The goal was for him to circle if something was bothering him. Each day we would put on new things. This went on for several days and we still did not have any answers. Then, on day four, one of his choices was “weather”. Brett circled it immediately and wrote in “Mary”. What did weather have do with Mary? 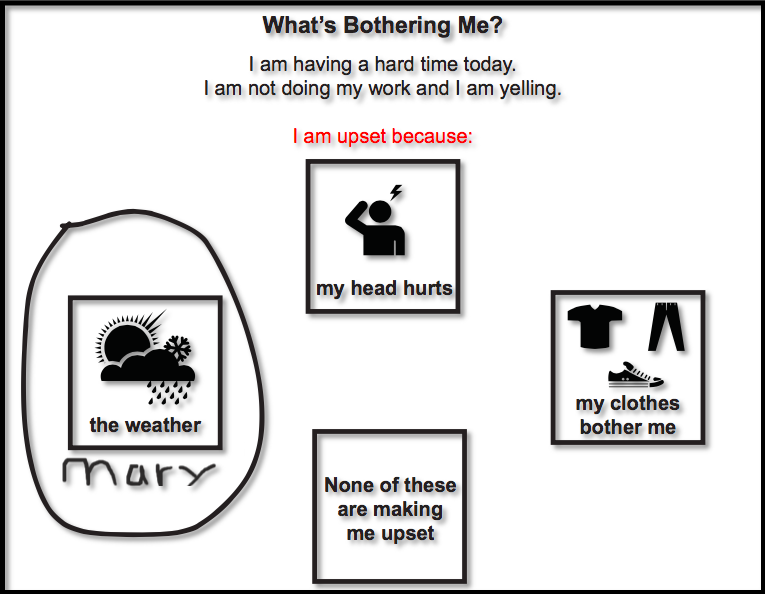 The Weather in Panama

We got in touch with his parents to try and figure out the connection. They gave us the clue we needed – his cousin Mary had just moved to Panama After some more digging and observation we figured out that Brett would go online every morning and check the weather in Panama. The bad days at school correlated with bad weather in Panama. Brett didn't have any communication with his cousin, and he was having a lot of anxiety around her safety. So we created the visual below to help him better cope with the situation. And his behavior improved significantly. By implementing visuals and using the tree analogy to figure out the root of the problem we were able to help Brett's behavior improve. 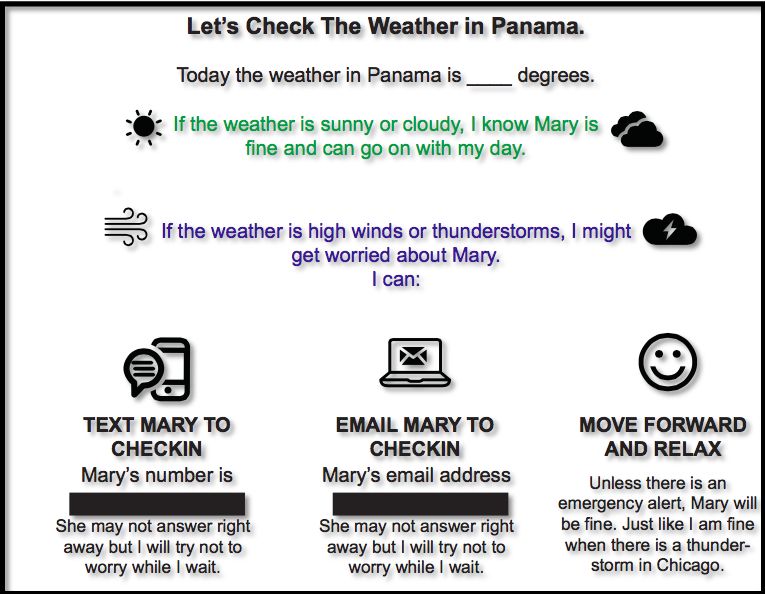 So when you run into behavior problems with your child or student – always think about the tree and try to find the root of the problem. Then, use visuals to help support deficits. As always, please feel free to reach out with feedback or any questions!