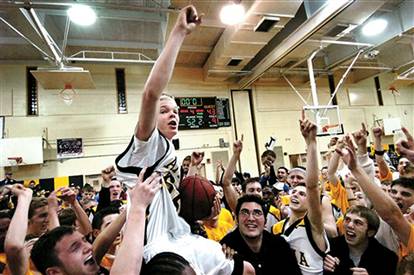 Meet Jason McElwain. Jason was born with Autism, but it didn’t stop him from achieving his goals and realizing his dreams.

In his Senior year of High School he had been the equipment manger of the varsity basketball team. His main responsibility was to pass out water, towels and organize the team’s equipment. But most importantly he was the team’s number 1 fan, providing an endless amount of positive energy and motivation. The team loves him.

Jason always hoped that he could actually play on the team.

Then one day it came true – the coach gave him chance to play in a real basketball game. It was everything he had always wanted, however, what he did on the court shocked everyone in the crowd.

Watch his amazing story below: