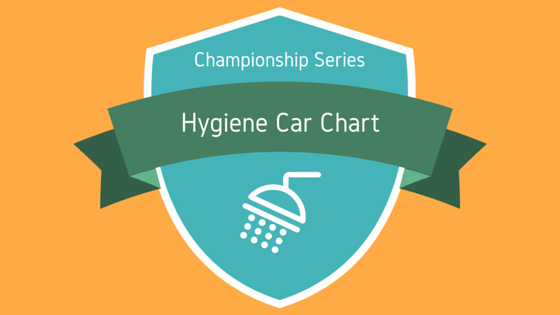 Today’s free resource was created for a client of mine who hated taking a shower and brushing his teeth, but loved race cars.

Autism Intervention Meets in the Middle

I often think about autism intervention as meeting in the middle. As a parent or educator, we want children to x, y, or z. They may not necessarily want to do those things, but they love a, b, or c. If we can combine the things we want them to do with the things they like, we’ll have a much better chance of engagement.

So after several failed attempts at getting a checklist in place for this student, I created this visual and he was immediately drawn to it. He proudly put it on his bathroom mirror every week, and was diligent about filling it in. Things in his house improved 1000% not only because he was clean and presentable, but it also took away the daily arguments of his parents trying to get him to do his hygiene tasks. After he got used to it, we added the pieces about reflecting on last week’s progress, and setting goals for next week.

Your student may not be into race cars, but use this as an inspiration or template to capture their interests. Or get in touch with us, we’ll make one for you!